THIS POST CONTAINS SPOILERS ABOUT ‘The Day of the Doctor’

Hello once again and welcome to: ‘I’m Pretty Geeky, This is a Geeky Post – Get Over It!’

These are my thoughts on the BBC’s Special 50th Anniversary episode of Doctor Who, an episode that I had high expectations for… and as a result, an episode which I woke up early in the morning (well, early compared to my usual awakening hour) to watch.

If you really liked the episode, and dislike others’ opinions… I suggest you stop reading this now.  My opinion doesn’t effect the video whatsoever, and it’s certainly not a concrete rating of any kind.  Whether something is ‘good’ or ‘bad’ is a variable determined by whoever’s watching it and what they think about it.  Basically what I’m saying is: don’t take this post the wrong way.

First up, let me talk about what I liked.  Then I’ll tell you about the things that kept ripping me away from the story and stopping me from feeling immersed, and ultimately, enjoying the special event.

I’m probably going to miss stuff out – I might come back and add to this if I remember other things I enjoyed.

As someone who’s produced a fair few videos myself – I am aware how much time and effort went into the production of the 50th Anniversary. It’s pretty impressive, especially given the time frame.

There were some funny references, as well as nostalgic ones in the 50th Anniversary.

The acting of the cast was immensely good, apart from a few of the extras that seemed a bit unnatural… Queen Elizabeth I for example, though maybe she actually acted like that.  IN WHICH CASE, I’m an idiot.  I must add that David did seem a bit odd, obviously this could be partly to do with the fact he hasn’t played the role in a few years.  There are quite a few lines I enjoyed, especially when the Doctor was bickering with himself.

The plot, as it has with quite a few of Moffat’s Doctor Who episodes – has a few significant holes in it.  Obviously plot holes in Doctor Who, a show running for 50 years… is inevitable.  But some of the plot holes and unexplained altercations are recently ’caused’ – and they just remove me from the immersion of the story and leave me a bit unsatisfied.  Most of these are Moffat just refuting things that happened in the Russel T Davies series of Doctor Who – but he still included the Time Lock from ‘End of Time’? He’s cherry picking plot devices. Will I come back and add to this? Probably. *Evil Laugh*

Other things of note:

I don’t want to come across as too picky… haha, who am I kidding. Well done… that’s exactly what I’ve done.  But these are other things I wanted to make note of – they wouldn’t have ruined the 50th Anniversary for me, but they were minor things that I thought about.

Wow, so the Doctor wouldn’t remember this right? So perhaps the memory-wiping device on the wall of the Black Archive has something to do with that? Nah… It’s some time-sync issue, that didn’t exist when we had the Peter Davison and David Tennant mini-episode for Red Nose day… 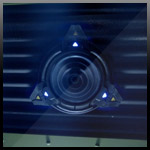 SciFi show that involves travelling through time and space? A scientific impossibility, well, if you’re trying to travel backwards in time…

missing the satisfaction I used to get from watching Doctor Who as a child. His problem is that his plot solutions often come out of nowhere and can’t be figured out during the episode because it’s some insane thing that’s never even been referenced before… ever. AS a poorly written example:

PROBLEM: The lawn needs mowing.
SOLUTION: We saw a shed earlier on that potentially harbors a lawn mower.
MOFFAT SOLUTION: The grass begins to shrink… by growing in reverse.  The Doctor has upset the local flow of time because his TARDIS has parked in this same spot before – even though there isn’t an episode where he has parked here before, and the TARDIS has never modified time before by parking in the same spot, as exampled by the TARDIS’s visits to CARDIFF multiple times to recharge… but why would that matter? That’s a Russel T Davies issue, we’re in a new Moffat Universe Baby!

I shouldn’t have bothered writing that… Why did I choose mowing the lawn?  That’s the most mundane thing I could have picked to demonstrate a point.  Of course Moffat’s solution in this example would be more entertaining than actually… mowing the damn lawn…  But hopefully you sort-of get what I’m talking about.

There we go, I think I’ll end it here.  I think I’m being a bit over the top… which actually speaks more highly of Doctor Who in a sense – because I’m being as harsh about it as I am with my own work.  I question my own stories and films to the same extent – I guess it just shows how much I consider Doctor Who a part of my life if I feel like I have to critique it in the same manner.

Nonetheless, thanks so much for reading.