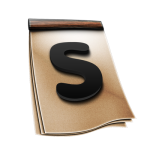 Just thought I’d write a quick post to let you know that now, after finally figuring out what was wrong with ‘Scribble’s Notepad’ after it for some reason refused to open…  I am at last continuing with its development.  I’m not sure if I shall call this version 2.6 or ‘Scribble’s Notepad 3’ yet – I reckon that because I’ve added SO MUCH into this version compared to the last that I’ll probably whack a big 3 next to it.  I’m pretty excited about it, it’s turning out really nicely – and I’ve learnt how to make it really… really cool.

Yes, I am most definitely getting too hyped up over a Notepad application.  But AGH! I’m conceitedly gleaming.  I just can’t believe some of my crazy ideas that went into the coding of this program actually worked…

Quite irritatingly – I actually want to keep most of the details secret – the problem is the other half of me is saying, “TELL THEM EVERYTHING!!! DO IT!”

SOME OF THE NEW STUFF

1. Brand new customisable style system.  The last post that I wrote about Scribble’s I mentioned this – thing is, I’ve completely re-written that style system since then.  I’m onto something far nicer.

The new style system, or themes, allows you to create your own themes – but also – I can now host new themes that I create on my website for download within Scribble’s.  This doesn’t really sound that spectacular – but it took a lot of time and thought to get it working.  Downloading and extracting theme ZIP files from the Style Browser.

2. Now because I figured out how to download and install themes… I can apply this same process to the updater.  Scribble’s can now be updated hassle-free straight from… within Scribble’s.  Again, anyone that’s used mainstream software – this kind of thing is a standard no-brainer.  Something that’s not really to ground breaking.

3. Character count, word count and Hotkeys.  These are all things that practically every word processor has – even though Scribbles… is a Notepad.  I thought it obvious to include these things in.  Hotkeys were surprisingly easy to implement… quite annoyed that I didn’t add them sooner.  But the character count and word count are definitely one of those *must haves.*

I know, I know… still not sounding that ‘HOLY WOW MAN’

I’m just overly excited about my mild achievements in programming right now… so give me a break.

I shall keep you up to date with the changes – but this update is going to be good. =)

The moment you’ve all not-really been waiting for,
I announce, to you, the not-greatest, not-amazingest thing in the whole entire history of not-so-good things!!!

So I can finally rip up the under construction sign and get on with explaining the updates!!!

Firstly you would have noticed that the Ben A Ball Blog now looks a whole lot better! I’ve spent ages fixing this up so I hope you enjoy it.

Secondly I hope you enjoy the brand new Ben A Ball Blogs, Ben A Ball Music and Ben A Ball Developer.

Ben A Ball Music is a music review blog that has music videos, lyrics, reviews and ratings for different songs. Hope you enjoy the work put into it.

Ben A Ball Developer is the blog for those wanting to create all sorts of different stuff. From making hidden compartments with tissue boxes to making your own games and software.

After all the effort.

Many of the Ben A Ball websites are unaccessable for the time being as they undergo a massive redevelopment. They are being done up with new themes and stuff and it may take some time before they come back online.

But never fear! There is stuff to prepare I’d better hurry off and get back to work!
When the update is done you all will be gunned.
(No don’t worry, soz, only thing that I could think of at the time that rhymed . . . If you have an idea feel free to comment and tell me)

When the update is released so will Ben A Ball Music and Ben A Ball Developer.

Wow, this software has come so far!!! I remember when I installed the very first version of this software a long time ago.
It’s called 360 Desktop.

360 Desktop makes your wallpaper into a 360 degree scroll-able workspace.
You can download many awesome wallpapers and it comes as a great utility for those who like neat looking things that jazz up their computer up with that is free.

I liked it when it came out, but now 360 Desktop has hundreds of wallpapers to download, many widgets you can add on the wallpaper, like weather, twitter feeds the lot!

Hey! Ever wanted to make your own web browser. If you already have then nevermind . . .

Well in this tutorial I will be showing you how to make a web browser in Xcode, the development software for Apple computers.

Don’t know who Apple is? Sigh . . . You know iPods? They are made by a company called Apple, who also develop computers.
So now we are on the same pace lets begin.

First off if you don’t have Xcode you can get it here.
You have to sign up to the Apple Developer connection which is free.
But if you wish to make software and sell it your gonna have to pay a registration fee. . .

Managed to keep up?
Sorry for the bad quality and low sound . . . 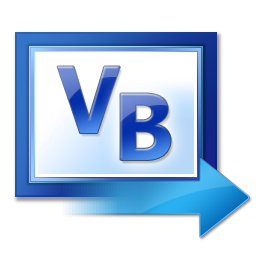 First of for those that don’t know, a ‘web browser’ is the thing
that allows you to be reading this blog right now, it is the
software eg. Internet Explorer, Mozilla Firefox, Opera, Safari etc.
And here I will be showing you how to make you very own
web browser using Visual Basic.

First off, if you don’t have Microsoft Visual Basic then click here.
It is entirely free, once downloaded, installed and registered (which is also free) then we can begin.

Congratulations! If you managed to pull it off and follow the instructions in the
video above then I congratulate you.
If you couldn’t manage to pull it off and need some help feel free to
comment, I will always be providing support if you need help.

Now I have some EXTRAS that you can add to the web browser:

If it doesn’t work make sure it is 1 line, when coding make sure that all the script
only takes up 1 line and not more, like above which takes up 4 lines.
Again, if you need help feel free to comment or click the contact me link at
the top of this blog.

Hope you enjoyed making your own web browser!!!

Getting to know how Visual Basic works yet?