Well school is back tomorrow, and thinking of school has brought me onto this topic, Doomsday, the ‘End of the world’
Everywhere people are talking about ‘the end of the world,’ and how we’re all going to die and oh whatever!

Seriously, you can get anyone to believe anything, the world was also going to ‘end’ in the year 2000, and you know what? The funny thing is that both the apparent ‘Apocalypse’ in the year 2000 and the year 2012 both have something to do with a calendar.

Everyone was worried before 2000 because all the computer calendars and date software wouldn’t go past December 1999, and they thought all the computers would forget and lose all their data.
The 2012 problem though, is to do with the end of the world, not the end of our financial world, it still is to do with a calendar that ends, the Mayan calendar, which runs in cycles and finishes on December the 21st 2012, at a rather ‘accurate’ 11:11 AM.

Whats with people and ending calendars? You buy a new calendar each year that ends in December, yet you don’t all pack up, hide, and wait for the apocalypse.

One of the things I hate about all this end of the world stuff, is how all these religious groups go round using these stupid rumours to their advantage, and start making up crap to scare people into believing in their beliefs. It’s disgraceful.

Many websites and documentaries I’ve watched on this topic speak nothing of religion, yet there are a couple of places that say that “God will cleanse the world of non-believers, to remove that of unworthy,”
Oh for crying out loud, all you believers out there will get a shock if this thing actually happens and your all standing outside waiting for you God-Express carriage to arrive.
Then these websites and sources carry on about getting you to believe so that you will be safe and won’t be slaughtered in the birth of the new world. In fact, the movie “2012 Doomsday” not the new one on BlueRay, I’m talking about the Christian “Masterpiece” made in 2008, the most boring film I’ve ever endured.

I’m not joking about the worst movie either, see the reviews for yourself. Click

Man it drives me up the wall, if the worlds going to end no one will get special treatment, everyone will suffer.
And any prophecy from religious followers aren’t to be trusted, yeah they say that their prophecy’s are correct and the apparently got a few right.
But in the year 2000, they predicted 42 times that the world was going to end.
42 times! Well with the flipping amount of predictions they make no flipping wonder you get a few right.
This time they didn’t though, in the year 2000 all 42 predictions DID NOT HAPPEN.

Onto take two of my anger spree.

Apparently it’s definite, because ‘The Mayans Predicted it’, well lets keep in mind, that they were humans TOO! Gees! They were like us, there’s no super-natural powers!

I want you to imagine this, it’s overcast, grey clouds are in the sky, and you are in the forest. There are parrots flying from tree to tree, any ground not covered in acorns and small sticks is grey and hard, and there is a waterfall in sight just through the trees,
You can hear the sound of birds, and the trickling of the waterfall, you turn right and see a small clearing, where a group of deer are grazing in the lush moist grass.
You turn back and face the waterfall walking towards it, you look down at the small lake that the waterfall streams into, in the water you can see fish swimming around, looking up, you can see a bear fishing with it’s paws on the other side of the lake, just near the waterfall, tree branches hang above the bear in a green fuzzy blanket.

Now imagine this, the middle of the city, cars swooshing past you, the beeping sound of the road crossing poles throughout the city, enormous buildings with hundreds of windows tower above you, and billboards and air vents cover the rooftops of all the smaller buildings, people walk past you in a cloud, and you can hear thousands of people talking, thousands of engines, and you can smell the exhaust in the cars as they drive past you.

Okay wake up now, and think.
What did you feel in that world? Two different places in the same place, Earth.
And tell me, in these two worlds, did you see magic? Did you feel magic?
Does magic fit into this world in any other form other than an expression?
A description of beauty?
Prophecy, beings outside of time and reality, this is non existent in this world, it doesn’t fit.

The last thing I have to say about it all.
Is that there are so many different websites about it, many of them all have different info, not info on all the websites are the same, one website will say something completely different to another. It’s corrupt, the rumour is corrupt, the cults are corrupt, and yet everyone believes in the end.

Questions for the road.
Has science talked about 2012 the possibilities of it?
If the world really is going to end, what does the word ‘world’ in this context mean? Our world that we’ve made for ourselves? The planet? Or what?

If it makes you feel any better . . .
Science has detected a possible end of the world date.
But it’s far from 2012, roughly 24 years later.

According to space observers;
On April the 13th 2029 (the 13th, what an unlucky number) Earth will NEARLY be hit by an asteroid called Apophis, then later on, after the asteroid has made another circuit around the sun, in 2036 the same day, it will collide with Earth. It’s possible that the asteroid could hit in 2029, it depends how much Earth’s gravity effects the asteroid.
The asteroid Apophis is so large, that it could result in the same way as the asteroid that hit Earth and wiped out the dinosaurs.

But keep in mind, by then, hopefully the world will have sort out a plan that will enable them to push the asteroid out of the path of Earth, using future technology and rockets. 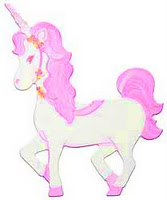 Don’t worry about 2012 people, that’s a fairytale, that relies on rumour, magic, and as far as I know fluffy pink unicorns that graze on pink poka-dotted grass.

2029 at least has some science and logical evidence behind it, with no pink fluffy unicorns to be seen.