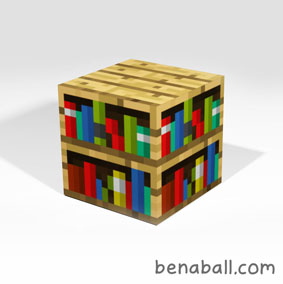 Just recently I was browsing around on YouTube for videos that would provide me with an excuse to procrastinate, when I came across a video of that incredibly popular building-block game called Minecraft.

The video wasn’t someone building a house, or showing you the best way to kill the native wildlife of the game… they were showing the computer that they’d built inside the game. You heard me right, there are people creating computers from scratch inside a game, these computers work too! Some of the ones I’ve seen on there calculate math problems while others allow you to play games. If you’re in a hurry… you might want to just find an abacus, as these Minecraft computers can take several minutes to process the commands. Though considering the fact that these computers are made within a… computer, that’s perfectly reasonable.

How these people do it is by creating large frameworks with Red stone wiring which in the game is a material that can conduct an electrical current, the wire can be powered by red stone torches, leavers and other button’y devices.

Nonetheless, the result, after what I assume would be thousands of hours, is a working computer, it’s ridiculousness clever, and the way it works is by the wires being either on (charged) or off (not charged).

This lead me into the swirling thought paradox, because something so simple as “On” and “Off” is actually what runs all our technology, computers, our mobile phones, the technology in our cars, the way it works is by electrical currents being either on, (1) or off (0). Notice the numbers I put in brackets there? I’ll talk about that in a bit, but let me continue listing this stuff. With CDs and DVDs the laser shines onto the transparent material on the disk which makes it opaque, the disk drive makes patterns of dots across the disk which. When the disk is put into a disk drive to be read, if the light from the laser reflects on the shiny metal layer on disk it will register it as “On” or “1”and if it doesn’t shine back up to the laser it means there must be an opaque spot in the way, so the disk drive registers it as “Off” or “0”. Of course there are thousands upon thousands of little dots on the disk, which makes up the data that you view on your computer.

The music you listen to is the computer reading 1s and 0s, getting the data on where the wave forms in the music are and what their values are, and then playing it. Keeping in mind the entire computer itself is running of 1s and 0s as well! That’s where binary code comes in, which is a series of 1s and 0s, representing ON or OFF. The computer reads these, your mobile phone reads these, the entire internals of your technology read these. By turning the current on and off, the computer is able to work. It’s bloody astounding.

Phew, until next time.