Whoooah . . . rather excited/nervous . . .  basically because MyState has finally uploaded all the MyState Film Festival entrants to their YouTube page, and mine happens to be one of them. As shabby as it may be, and as much as it annoys me to see every little glitch and hear every little sound problem; there’s simply nothing more to do then to accept your effort and hope for the best.

But I won’t talk about that now . . . I’ll write a post about the film festival later on, for now I wanted to talk about this new change to the site, not just the visual change, but also in what I actually want this website to be.

You’ll notice the new theme, it’s bright, clean and lightweight. A look I’ve actually been trying to get for a long time now, when I’ve had the time to procrastinate of course. I tried many different lightweight, bright themes, but the problem is many of them simply weren’t the right layout for the content that this site produces. One of the themes I tried out is this one here: 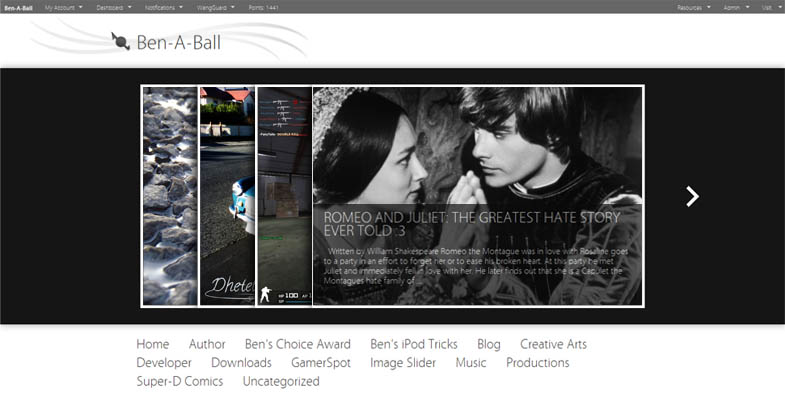 Yes it looks rather nice doesn’t it?

It’s a beautiful theme called Minimatica made by One Designs. I really loved this theme a lot, and actually considered ditching my entire site and just starting clean with it. But it really wasn’t a very thoughtful option considering I had many other authors using the site. Along with the added problem that every post requires pictures a picture for it to really look good . . . since I don’t usually post pictures in my blogs it would have been an extra inconvenience, resulting in fewer blogs. Nonetheless I fiddled around with this theme for a considerable amount of time, trying to integrate it with the social platform BuddyPress, which controls all the snazzy friendship, profile and wiki features on this site. However, finally I decided to just forget about it. I had things priorities elsewhere (the MyState Film Festival being one of them.) and really needed to just leave things as they were, leaving my dreams of clean, shiny interfaces aside for another day.

The current theme I’m using is a self-modified version of Frisco by David Carson. I stumbled across this theme the other day, the first decent looking BuddyPress-compatible theme I’d seen . . . ever . . . I added the theme, made a few tweaks . . . then decided I wanted it EVEN CLEANER.

What makes it bad web design? Why must we see the logo on every page of the website? It actually speeds loading times up by not having to load my jQuery logo slider (vSlider) on every single page, besides, it gives the site a great clean feel, and a quite unique feel at that. If you’re logged in, I urge you to click on your name in the sidebar, just look at how nice the profile view looks. No silly logos or non-relevant navigation bars in sight, just a beautiful large profile that actually makes you want to use it. It just feels right, no distractions.

For those that think I’m silly for setting the site up like this, that I’m “Doing it wrong” obviously haven’t heard this inspirational speech about being different by Steve Jobs, http://www.youtube.com/watch?v=D1R-jKKp3NA. When Steve passed away the other week I was shattered, he is without a doubt one of the most influential people this planet has ever seen. I don’t care if you have a thing against Apple, I don’t care if you have no interest in technology, and I don’t care if you don’t care. Without him this world would be a very different place. If you think otherwise then leave this site, because you’re obviously an ignorant prat.

Basically the one thing that’s been annoying my about this site, is that unless I’ve got something to rage about, there’s not really that much content on here. I actually think it’d be a lot better if I actually wrote about things like videos I’m working on, songs, filming, photographing. Whatever it is I may be doing.

I want my posts to be more intriguing and interesting and less, raging and ranting.

Well, hope you enjoyed this “short” post better get back to work, I’ll post some cool stuff when I get more time. =)