What is this place?

Oh yes! Of course, it’s my blog, website, portfolio… HOW ARE YOU? Haven’t seen you in ages!  Truth be told, I haven’t exactly been here for you, Blog.  I’ve been busy working on other projects you see Blog, so unfortunately I have neglected you to an extent.  Oh no, no, no… Don’t cry Blog! I’m sorry I wasn’t there for you.  Important thing is, I’m here now… I guess before this gets any weirder I should move on.

Hey there folks, Ben ‘ere.  Needless to say, this post is a bit of an apology, with a touch of excuse and a slight dash of ‘give me a break’ on the side.  Recently of course this blog, this site, hasn’t been producing much in the terms of postly goodness.  Now my website stats tell me that this year I’ve had 700,000 hits to the site… most of them inevitably are probably my own… but nonetheless… it’s a number nearing a million.  Which is very exciting, I like big numbers, despite my lack of linguistic ability to actually say them correctly.  No matter how many people there are reading the site, not having any new posts out is rather annoying…

The truth is I’ve had an awful lot on recently.  Then again, I’m a bit ECD (see title) so it results in a lot of ambitious projects being started without any thought beforehand about STRESS. But what’s been worrying me recently, is that is seems like all these creative projects are diminishing my imagination.  I’m probably just dreaming, (that’d be nice actually, haven’t dreamt in a while) however, it’s when I’m sitting there trying to think about new ideas for the many projects that are on the way that I stop and wonder how on Earth I used to do it.  It seems like I would just come up with idea after idea… but now it seems like a much more tedious task.  I figured I’d give my creative condition a proper write-up:

An illness that results in a massive ambition to create as many things as possible.

That first side effect is another one of my issues.  I’ve heard it before, there’s a saying that no idea is ever purely new. If you ever have an idea, it’s an adaptation of another idea.  It will never be original, you’ve stolen it from somewhere, whether subconsciously or completely aware.  That idea is some stolen thing that you never actually came up with.  But then it’s about changing that idea, where you take that idea to.

The thoughts behind this post?  Not original, in fact, according to this concept, nothing I’ve ever made is original.  How does knowing this help my creative process?  Not at all.  It’s climbed in like some parasite and has attached itself tightly.  Whenever I’m thinking of ideas I’m turning so many down because they’re not original, they don’t seem unique.  It’s irritating beyond measure, especially since I always have attributed myself to the abstract noun that is ‘imagination.’ So, it’s back to the drawing board… at least until I can convince myself that it was me who made these new and improved compound ideas, that they are original.

I thought I might take the time now just to tell you some of the things I’m working on, as well as some things I have planned for the near future.  It’s exciting but at the same time daunting thinking about how I’m going to get them all done by the end of the year. (Dammit, I feel like I should be writing scripts right now instead of writing this pos… oh, 630 words eh? Whoops. Must have got carried away there)

This is everything that came to mind.  Yeah, there’s a little bit going on.
So, I think I’d better get going and get some of this stuff somewhat more completed.  Or perhaps I should go and look at these ‘OUTSTANDING’ game requests on Facebook that I’ve been getting spammed with.  Seriously Facebook? You’re going to tell me that I have some overdue game requests that I need to dive into and panic about? Bugger off. 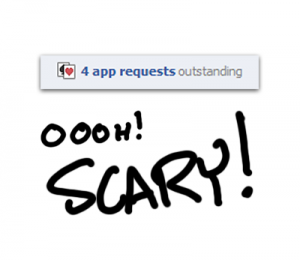 ANYHOW.
Thanks for reading yet again beings. No guaranteed date… But I’ll try to write an update blog soon.
I shall see (how can I possibly see you?) you all next time.
Ben,