I’m not even going to bother pretending that I’m posting on a schedule here – unless ‘tri-sometimes-yearly‘ is a schedule.  Something tells me that if my blog was my source of income… I wouldn’t be eating much.

Yes, yes. This is another one of my typical…

“I’ve been too busy! LOOK! Here’s a list of things that I’ve been doing! See! I HAVE BEEN BUSY! Am I excused yet? Good! BYE!”

There has been a relatively substantial amount of ‘work’ going on.  Note the quotes, this is my backup plan in case you decide what I list here isn’t worthy of the ‘work’ title.  If you do, ignore the quotes – if not, absorb and keep note of these mysteriously placed quotation marks in your frontal lobe and assimilate the conclusion that the writer of this post was clearly using the word for comedic effect the entire time. Once you’re done doing that, we can continue – but next time, try not to think about it so much.  You’re really over complicating things you know.

My second shot at the MyState Film Festival.  My previous entry “VOID” that I entered nearly 2 years ago had many flaws.  Apart from being technically riddled with problems that the time constraints did not allow reparation of, it also had a story line that was crunched down by the five-minute limit until it was a mess of confusing mismatched sentences.

This time, would be different. I started conceptualizing the production of Control from before this year’s featured object had been released to the public.  This film was designed to make up for where VOID failed.

I’ll tell you more about Control later this month/December.

For my Computer Science class – I had to code a computer game in Java.  This is the first game I’ve properly coded “from the ground up” – and it’s… pretty basic.  It’s a point-and-click adventure game with narration (me, attempting to talk in different voices), called Auriferous meaning: containing gold. It follows the story of a character named Julian, a man who… well, you’ll have to wait and see! After I’ve spent some more time on it, I will probably release this game for download later on. The project has already been handed in and marked. (It got good marks!)

There are other projects too… but I’ll tell you more on them… LATER!

Intelligic Shouted out by PewDiePie

For those that are somewhat up-to-date with this never-up-to-date website, you would probably be aware that among my YouTube Channels, I have a gaming channel called Intelligic.

Well, on the 21st of September my gaming channel with 181 subscribers was shouted out by the largest channel on YouTube, PewDiePie. For those who aren’t YouTube Savvy… PewDiePie has nearly 15 million subscribers – and he told them about my channel.

It went mental. My subscriber count was growing by the minute and my inbox flooded with messages begging me for co-operative let’s plays and “can you shout me out”s.  Out of nowhere, suddenly people were viewing my gaming content.  As of the first of November, 2013, I have 11,500 subscribers… and I am still speechless when I try to talk about it.

Even so many days after the shotout I still am rattled by these emotions. Excitement, encouragement, worry and shame.  I’m excited by the people I have as an audience, and I want to continue making content for them.  I didn’t know what to expect, but they are the most encouraging viewers that I could have ever hoped for.  I haven’t received any (substantial) negativity, it’s a collection of supportive and positive people – and that’s fantastic.

But of course, with all positives – there are negatives.  Because I can’t help but be worried. There are so many people! So many people now know who I am, know my face.  I’m not a particularly social person in ‘real life’ – and the thought of so many people is somewhat intimidating.  But perhaps that will change.  Then of course… I feel a bit ashamed. Because I’ve been boosted into a place that would have taken me years to get to on my own.  I only just reached 1,000 subscribers on my Upload the Download channel a few weeks before PewDiePie shouted me out – and those subscribers were earned on my own, after 5 years of running the channel. (1 year of running it well.)  Then all of a sudden, Intelligic overtakes Upload the Download 10 fold… and  I can’t help but feel like I don’t deserve it. But mostly…  if my channel continues to grow because of his boost – I feel as though I would forever be seen as someone who is only where he is because of someone else’s accomplishments.  Yes, I am very grateful to have been shouted out. I’m the one who signed up to the shotout competition (I didn’t expect to get anywhere with it, I figured there would be people who would see my post in the forum and check my channel out.) But at the same time, I feel pitied for being a small channel who was mentioned by the largest channel. 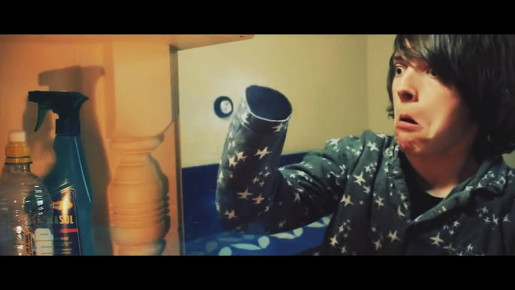 I got to work producing a thank you video, that video I uploaded the next day, I don’t know if he’s seen it or not.  But the response from my viewers has been very positive towards it.

Time to Shut Up

Well, I’ve been talking (writing) for a while now … and I haven’t exactly hit the points I was planning on hitting… but oh well, enough is enough.  Too many words! I’ll write another post later on how Control goes – maybe even an update on Scribble’s Notepad.

But until then, I’ll see you later!

Yes, I’ve changed the website theme again… but shhhh…. just trust me.  I think this theme will be staying for longer than any of the others.  Currently the website is looking exactly how I want…