Sorry it took so long for the next BGTN episode . . . I kinda had some technical difficulties. 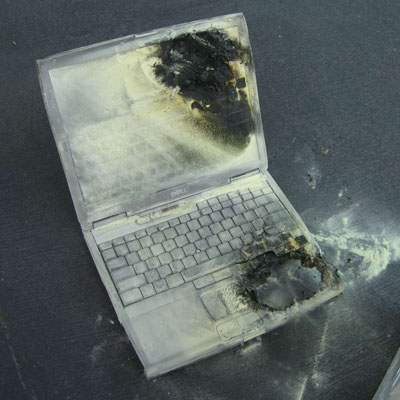 Image from web.
On Today’s Show Image from web, edited by Ben.
Top Story
Now as you know we went to Bruny Island,
And as you know this is the tent that Tom, Aidan and I stayed in. 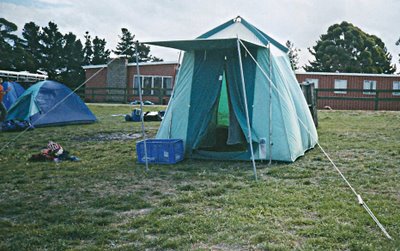 Image taken by Ben.
You would also know that the tent is big strong, and as we found out not very wind resistant! 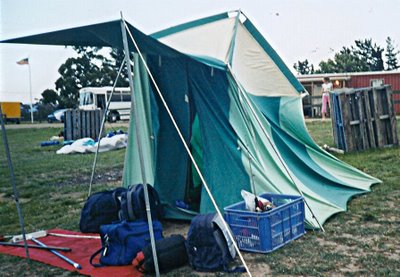 Image taken by Ben.
But never fear! A group of super-duper tent fixer-uppers on the ground!
The tent was all fixed and back to normal, But then we had another problem . . . Image taken and edited by Ben.
When we told the tent fixer-uppers they kinda went loopy.
And we went to the beach, as a creature lugged it’s way out of the sea . . .
We also went on some tours in the bus . . . and of course Curtis was paying attention . . .
But Curtis didn’t only fall asleep during a tour but I noticed that there was a large group of people around his cabin one night.
It took me a few moments to sort it all out . . .
Let’s see . . . Curtis + Group of People = . . . ahhh an Angry Mob!
I wouldn’t call the toilet and bathroom facilities 5 star . . .
1 toilet didn’t flush at all
1 toilet did flush but spurted water out of the bowl and dribbling down onto the floor
And the last toilet was perfect, except for the smashed off lock and plastic toilet seat.
Holly and Rachel were disgusted.
Marco wasn’t feeling too good either . . .
Next Story
DELETED, FOLLOWING CONTENT DELETED.
Last Story
Now you know who these people are: 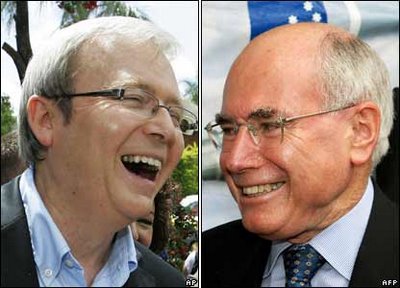 Image from web.
And you’d probably thought that you’d seen the last of the guy on the right.
Well you were wrong.
It’s a fight against this guy. 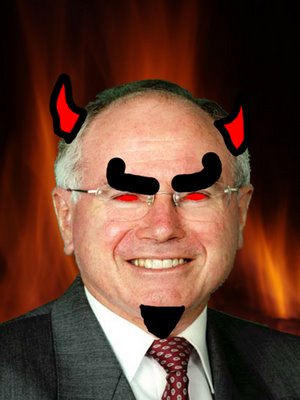 Image from web, edited by Ben.
And this guy. 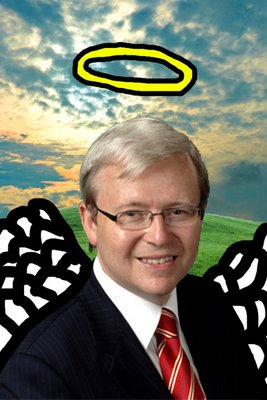 Image from web, edited by Ben.
Now John Howard may no longer be the Australian Prime Minister but he is still angry.
He is angry because he is sick of sitting at home twiddling his thumbs all day.
So he decided to do something about it . . . . Image from web.
The above story is not true, no relation to the politics
That’s All For BGTN
Images of people in school have not been displayed in this segment.
The only images of people are public icons or well known people.
Contact: [email protected]
www.bensgotthenews.blogspot.com
Thanks!
Ben,