Welcome! This is an all new Ben-A-Ball Blog,


I look forward to working with you in these topics in the future, I will show you awesome photo taking techniques, give you tips on filming your own videos and writing your own songs. 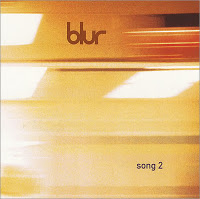 When I feel heavy metal
And I’m pins and I’m needles
Well, I lie and I’m easy
All the time and I’m never sure
Why I need you
Pleased to meet you 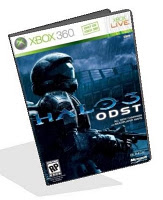 
About:
Halo 3: ODST (Orbital Drop Shock Trooper) is a game that takes place at the end of Halo 2, at the same time as Halo 3 essentially.
In the game you play as an Orbital Drop Shock Trooper or Helljumper a specially trained human forces soldier, the characters all land in the wrong spot in the city and is split up from each other, they must regroup. The main character still cannot find the rest of the team till the end of the game.


Review:
The visuals in Halo 3 ODST are amazing, the game play suits that of Halo 3, and the new weapons are somewhat enough to keep you happy. However, few things annoy me.
– Forge mode (Which comes on a separate disk) doesn’t have any of the maps form ODST, only ones from Halo 3, while you save money on buying extra maps inside Halo 3, it just is disappointing.
– Game is too short! Come one guys, finished in less than a week by an underage player, just isn’t good enough. I shouldn’t have to ramp up the difficulty level just to get my moneys worth!
– Night Vision is annoying!!


The game though was alright, one thing I found was that, as you are not a Spartan in this game you have to hold the temptation to run into the pack of enemies guns blazing, the technique doesn’t work as well in this game because you are human, not a mega-strength genetically modified super soldier.
In your game case you get a second disk, which contains all the maps from Halo 3, including extra maps, and forge mode, not only does this make me feel ripped off for buying all the Halo 3 maps before, but makes me feel that the developers weren’t too happy with their game, they thought it was too little, so they included extras to make up for it. . .


Summary:
Overall the game is great and intriguing to play, but lack of new weapons, new vehicles, makes me think that Bungie probably should have released it as a Halo 3 add-on, as they had originally planned, it just doesn’t offer enough to earn the right as a game itself, the second disk is from Halo 3, not ODST, the ODST part of the game is just tiny.
The visuals in this game are just stunning, and the background ambiance you could hear added to the scene, the clouds in the sky moved, the sunsets shone, the game is beautiful.
Pity the game wasn’t longer, and included more features and game modes. 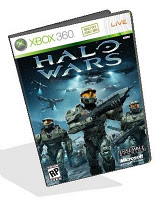 
About:
Halo Wars is a strategy command game based on the Halo series, this game is very similar to that of Age of Empires on the PC.
The game shows Halo before the first game, it sort of fills in the gaps essentially of what happened before Master Cheif first showed his face in 2001, you play as various people on the human side for the entire game,(You can play as Covenant when you aren’t in ‘Campaign’ mode) by the end of the game you have fought the Flood, the Covenant, all the classic enemies, and got to command an entire squad of Spartans. (Which, I might add, are very good at kicking a**)


Review:
Personally I didn’t really like the game that much,
-The game was short, finished it in less than 3 days,
-Your units often didn’t have very good path finding skills, meaning that they couldn’t figure out how to move around a rock, so you would have to manually give them step by step instructions. –Unit count was too small, the Xbox 360 is capable of having so many more units and people on the game, so why were we limited to such a small number?
-Game style, this is the kind of game for PC, its like Age of Empires, it just wouldn’t and doesn’t work properly on Xbox, as a PC game this could have a lot more potential. Sticking it on Xbox just holds it down.
-Once you finish the campaign theres nothing else you can do!


Overall the game just seemed out of place, I wish it were a FPS, or even better, being able to change from the Birdseye view into First Person so that you could control your selected unit, it would make it way better.


There were many good things about the game thought,
– I found the cut scenes interesting to watch, they were beautifully put together, in the end I was looking forward to see what happened next. It’s what kept me playing the game.
– The visuals in the game itself were amazing, unfortunately not enough to save my review of it.


The Halo theme to this makes even the most skeptical Halo fan interested, and playing the game may be the result of just wanting to be able to control a group of their favorite Halo units and characters . . .