The other day, during assembly, when the principal was saying farewell to the Grade 10’s and everyone was crying, for some silly reason (I mean seriously, they get to get out of school! Why are they crying?) I had a sudden cold feeling . . . I don’t know what you’d call it actually.


//My talk about the creation of the universe is after all this talk here, if you want to read that instead scroll down until you see the space picture// 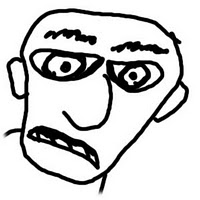 It’s a horrible feeling, but many people feel it everyday, all the time, I only felt it for a few seconds. It’s a feeling that life is pointless, its all grey, and that it’s all just going to drain away, what are we living for? It got me thinking, but that feeling was so terrible, and what started it up?


The principal said these words: “… and I hope that we have taught you to be respectful, honest, trustworthy people that can go out their and join in to work in the community…”


That’s what started it, and why? How?


Don’t you just feel isolated, lead, or that you have no decision? Yes we are free compared to some countries, but that whole thing where they raise us up so that we can work, once we work, we retire, and then we spend the last years of our life wondering where it all went and how fast it flew. This just goes on and on, it’s what the human race consists of, work, once our youth is used up preparing us for work, we then work for the remainder of our lives and get the last few years to ourselves. 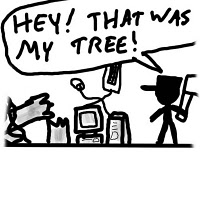 It sounds like cattle, except cattle don’t have to work a single day in their life. It’s almost as if humans are naturally missing the action and the work they once had to do in the wild, but now with all this technology doing it for us we need to give ourselves something to do.


I watched a film earlier today, “David Attenborough, How many people can live on planet earth?” which was an interesting film on resources and human population. Because we have managed to extend our life something like 50 years more than we normally would live to, our population is growing, and we are struggling to make supplies. While watching this I also noted that humans still get food for their families in a similar manner to the way they once would have, but instead of dad hunting to get the food, he’s going to the office, to earn money to buy the food. We use to have chickens and veggie gardens to grow our own food! 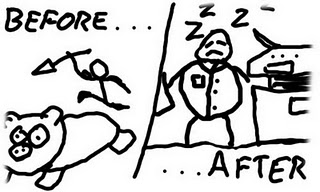 I wonder what kind of a world this would be, if every human fended for themselves in the food department, if everyone grew their own food instead of putting all this pressure on farmers to produce a large amount crop. I personally also think that we need to look into making plants that don’t need so much water to grow, or maybe even changing the things we eat.


So that was a cold sort of a moment for me, once I thought about it I came to this conclusion, who cares why we are here, even if we aren’t here for a reason, we just have to be amazed at who we are, think about how amazing it is that we are able to think and talk (some of us anyway), we have to not be scared of life ending, just take advantage of it as much as we can, nothing you do is a waste of time, or money, if you enjoy it, because there is no value or amount of money worth that of emotion. 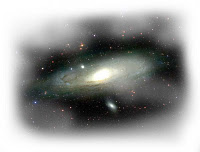 But now for the highlight of this post, that is the Creation of The Universe. Because we wouldn’t be here if the Universe didn’t exist.


When it comes to theories on how the universe was created, you have to main choices, the first is that some giant invisible man, who obviously knows a lot about using his craft supplies, crafted the universe, along with the earth in about 7 days, (But if you say this to a Bible follower they’ll tell you that the 7 days spoke about could be 7 years, typical, making excuses, if it wasn’t right it wouldn’t be in the bible), then the other theory is that there was nothing, that suddenly exploded into substance which created planets over time of smashing into each other.


So you either have the choice of a fairy tale, or complete and utter bullshit.


I have my own theory, my own opinion, it’s not based on facts, but it is believable. 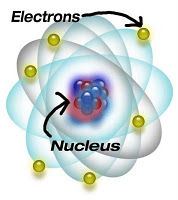 My theory is that, the universe never was created, it’s always been there. But wait, there’s more! Now have you noticed that everything in this world goes in a circular motion, you look at an atom, and it is the splitting image of a planet, except smaller, but it think of the electrons flying around the outside of the nucleus, its almost like Earth and the Moon, or Jupiter and its dozens of moons, its the same but on a larger scale, almost as if the Earth or Jupiter are atoms of something bigger.What if the atom actually has a lot more to do with life than we first thought, these atoms may actually be running the universe. Anyway.
Everything goes round in this same circular motion, gravity is pulling inwards to the centre of the Earth in a circular motion, magnetic force is in circular waves, radar signals, rainbows and light (You never see a straight rainbow), the sun and all the planets moving around it as if they are it’s moons. Who knows maybe the atom has even smaller things moving around the electrons!
Everything is in a circular/spherical motion or form, the building block of elements, (Yes I’m going to mention it AGAIN) the ATOM is spherical and has circular movements.
I think that the universe is just one big solar system, we may be rotating around the sun, but the sun is rotating around something much larger, in the centre of our galaxy there is said to be a black hole, anyway, that galaxy is in orbit with something bigger again, all the galaxies are, all floating around something bigger, and I would go as far as to say that everything is orbiting around a black hole in the centre of the universe.
Slowly and slowly everything is being pulled closer and closer into this black hole, by the time we get there our planet will be long gone, we would have been consumed by our own sun by that time, all the galaxies would be crashing into each other as they compact and pound ready to pile into the black hole as if it were a group of school kids all trying to get out the door all at once. All the pressure and the force, all the different gases and planets and stars would react . . . and the explosion would happen. 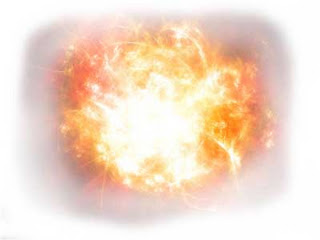 The amount of power in the explosion would be tremendous. Enough to blast everything into pieces, melt rock into molten, fire bits of rock at each other at high speeds, spreading all this debris out into the universe canvas, ready to start forming again.


It’s a cycle that could take septillions of years, before the universe rejuvenates itself. It resets everything to default.


What do you think about my theory? Does it sound plausible?


Comment on this and tell me your opinion! Do you have a theory of your own?


Until next time readers,