Skip to content
Ben's Childhood Blogging
,
Review
Now I haven’t read this book but I heard it’s pretty good.
It’s a story about a guy that starts with a red paperclip and ends up with a house.
And all in 14 trades.

This story will make you rummaging through your stationary.
Click Here To See The One Red Paperclip Blog
Read On!
Ben's Childhood Blogging
,
Review
Toad Away
By Morris Gleitzman
Limpy has a vision.
A world where cane toads and humans play mudslides together. And help each other with the shopping. And share their slug sauce and maggot moisturiser.
Limpy and his cousin and sister, Goliath and Charm, go on a dangerous mission to find the ancient secret of having peace with humans.
Except Goliath, he would rather declare war on the humans with his army of cane toads and insects .
Can Limpy and Charm find the ancient secret of living in peace with the humans before his cousin declares war or more relatives get run over by a car?
A mission for brave cane toads,
Limpy, Goliath and Charm have to dodge supermarket trolleys, fly high in the sky, get on a plane and take way to the Amazon and all to find out the one simply secret of living in peace with the humans.
I myself find the secret disgusting. Series 4 of Doctor Who is here.

But sadly not in Australia yet, Only screening in Britain.
The Doctor has a new assistant. Donna.
If you don’t know Donna is the bride from the episode:
The Runaway Bride
He and Donna have so far met Agatha Christie,
The Ood, Alien’s that look like potatoes and more.
I might post an episode on Ben A Ball Video if it will load.
See Ya!
Benaball,
Ben's Childhood Blogging
,
Think About It
Have you ever wondered what’s out there? 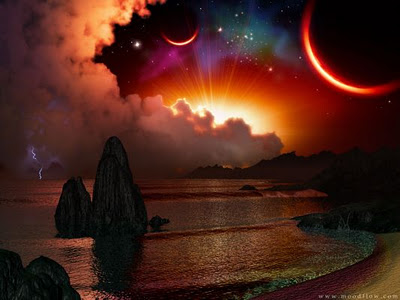 Or what it’s like on planets millions of light years away?
I do.
Image from http://jeffquick.blogspot.com/
I recommend that you check it out.
Benaball,